One of the most closely watched recession indicators triggered this week, and the media’s coverage has likely just begun. But how reliable is it, and how long do we have until we need to batten down the hatches?

Banks pay customers for deposits, pool them together, and then sell mortgages, car loans, lines of credit, etc. Interest paid to depositors is like a company paying its suppliers. Just as a clothing company buys cotton (supplies) to make shirts (products), banks need deposits (supplies) to make loans (products).

The difference between the price paid for deposits and the interest rate on a loan is how the bank makes money. If a bank sells a mortgage for 5% and pays depositors 1%, the bank’s profit is 4% (5% - 1% = 4%) of the loan amount. Hence, the “spread” between what banks pay depositors and what they charge borrowers is more important than where either individual rate lies at any given time. Meaning, if a bank raises its deposit rate from 1% to 2% to attract more deposits, their profitability remains intact as long as they can increase the interest rate on loans from 5% to 6%.

Right around 88% of the U.S. economy is spending (70% consumer and 18% business)1, and banks act as gatekeepers to the capital that fuels this spending. When consumers buy a house or a car, they usually take out a loan. When companies need to buy raw materials and/or expensive equipment, they also use banks. Therefore, if banks restrict access to lending, the economy can slow quickly and fall into a recession.

Simply put, when the spread banks earn is wide, they make money and the economy grows. When their spread shrinks, they restrict access to capital and the economy suffers because consumers and businesses spend less money.

As the length of a loan rises, so does the risk to the lender. The borrower may not pay it all back, unexpected inflation may eat away at the fixed interest payments years down the road, etc. Hence, longer-term loans typically have higher interest rates to compensate the lender for the added risk. That’s why most “yield curves” are upward sloping like this: 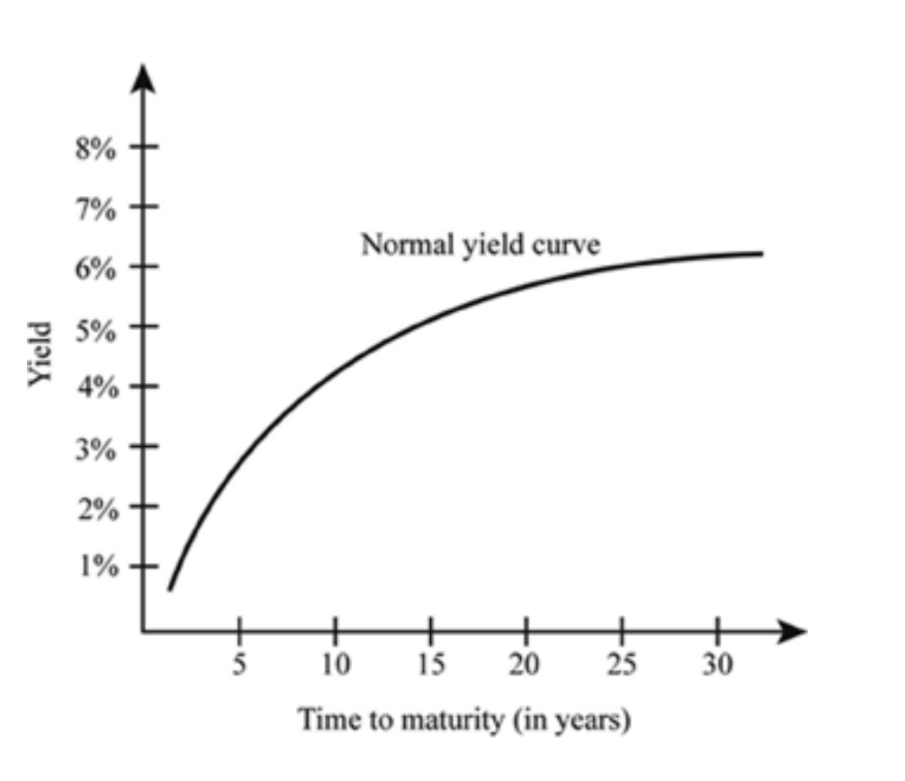 However, there are times when longer-term loans are cheaper than shorter-term ones. This is called an “inverted yield curve” and looks like this: 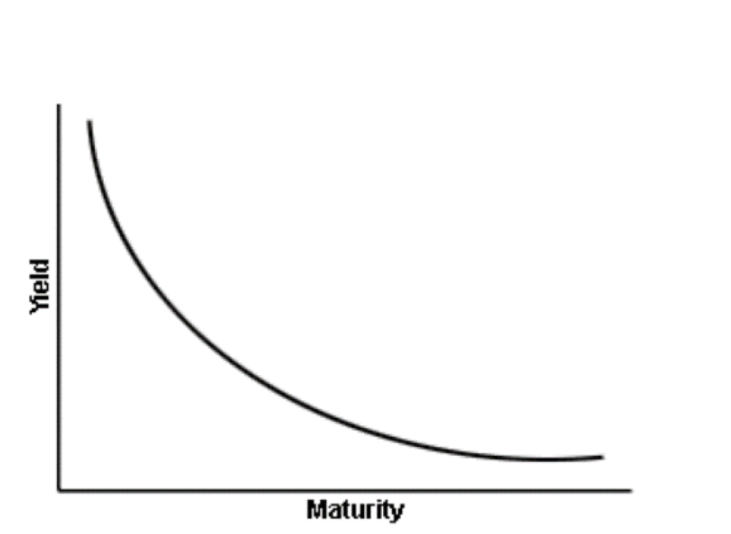 Inverted yield curves are rare, but when they happen, they can become problematic because bank lending is often tied to yield curves. As explained above, if banks are unable to lend at a higher rate than what they pay depositors, then they can’t make money. They then stop/slow lending and the economy can fall into a recession if the inversion persists.

This week, a key part of the yield curve inverted, and the media has jumped on this story because an inverted yield curve has happened before every recession going back to World War II. But a yield curve inversion is neither a line in the sand, nor a trigger switch. To better understand why, let’s dig deeper by assessing the three D’s: drivers, duration, and depth.

Furthermore, not every recession can be tied back to an inversion. For example, the 2020 recession technically occurred months after the inversion in August 2019, but neither the inversion, nor the drivers of the inversion had anything to do with that recession. It was purely due to the government shutting down the economy.

The duration also matters because the yield curve must stay inverted long enough for it to impact banks. It’s hard to say how long is too long, but a few weeks or even months likely poses minimal risk to bank margins and/or the economy.

The depth is just as important, and the deeper the inversion, the higher the probability of recession. For example, the chart below shows that the very shallow inversion that happened in 2019 indicated a 2% rise in recession risk, yet garnered significant attention (as depicted by search interest on Google).

Simply put, yield curve inversions have predated, not predicted, every recession going back to World War II. However, the drivers of inversions are often the same as those pushing the economy into a recession, so the yield curve should be watched closely.

Paul Samuelson is one of the most well-respected economists in modern history, and he famously once said:

He was referring to the fact that the S&P 500 has fallen before every recession going back to the formation of the index. But a recession hasn’t happened every time after the index has fallen (another thunder-lightning scenario). Herein lies the challenge with any single indicator – they don’t work all the time.

That’s why we must dig deeper when yield curves invert to better understand the drivers. Sometimes they signal dark days are coming, but other times they are a byproduct of exogenous and/or immaterial forces at play. Currently, some of the drivers signal concern (inflation expectations) but others do not (reversing monetary policy). It’s just too early to tell one way or the other.

But let’s assume this inversion is going to trigger a recession. On average, it takes about two years for a recession to start after an inversion. That’s a lot of time for investors to still make money. After the inversion in 1989, stocks rose more than a third before the recession began. Those who sold stocks when the yield curve inverted in 2005 watched the market go up in their face another 25% while waiting two years before their bearish bet paid off. Being right but early is not all that different than being wrong.

The bottom line is that the yield curve is very important, but it’s more of an indicator to dig deeper than it is to assume the worst. We are watching this inversion very closely, but it’s only one of several indicators we track to gauge the overall health of the economy, financial markets, and our investment strategies.