Americans have been warned about a looming retirement crisis for decades. Recently, President Biden signed a spending bill that includes new rules attempting to improve the retirement landscape. Will they work?

﻿The Setting Every Community Up for Retirement Enhancement (SECURE) Act was passed in December 2019, and it changed retirement for many Americans. Last week, President Biden signed a spending bill that includes an extension to this legislation, called SECURE Act 2.0. This long-awaited bill has something for everyone, so let's discuss some of the bigger changes.

Required Minimum Distributions (RMDs) are withdrawals that a retirement account holder must take each year. The original SECURE Act raised the age from 70.5 to 72, and SECURE 2.0 pushes this out to 73 for individuals born between 1951 and 1959 and 75 for those born after. The penalty for either missing RMDs or distributing too little is also dropping from 50% to 25% of the shortfall. If the mistake is corrected in a “timely” manner, the penalty drops even further to 10%.

IRAs currently have a $1,000 catch-up contribution limit for people 50 and over. Starting in 2024, that limit will also be indexed to inflation.

SECURE 2.0 is designed to incentivize greater adoption of Roth plans. These are funded with after-tax dollars, which is likely why Uncle Sam wants to see more of them (they want to get paid sooner than later).

Until recently, Roth accounts in qualified employer plans were subject to RMDs. This makes no sense since the funds in a Roth have already been taxed, and it’s now going away. Meaning, there’s no longer any reason to roll over a Roth 401(k) into a Roth IRA to avoid RMDs.

Taxpayers will also now have two new opportunities for Roth contributions. Prior to this year, SIMPLE and SEP IRA plans could only be funded with pre-tax dollars. Now, Roth options for both have been added (although it may take some time for employers and custodians to implement the policies and procedures to offer them).

Lastly, employers will be permitted to deposit matching contributions to employees’ Roth accounts (previously, matching in employer-sponsored plans was made on a pre-tax basis). Contributions will be classified and taxed as income at the time of funding.

Uncle Sam wants to make it easier to save more. Beginning in 2025, businesses adopting new 401(k) and 403(b) plans must automatically enroll eligible employees (including part-time in some instances), starting at a contribution rate of at least 3%. Meaning, employees will have to “opt out” of a plan rather than “opt in.”

The bill also creates emergency savings accounts to help individuals save for unanticipated expenses. These accounts will be linked to existing employer retirement plans with individual balances and will only be made available to employees who are not “highly compensated.” Contributions must also cease once the balance reaches $2,500, and only principally protected investments like cash can be held.

Regarding education, employers can "match" employee student loan payments with payments to a retirement account, giving workers an extra incentive to save while paying off educational loans. Also, 529 plan assets can now be rolled over to a Roth IRA for the beneficiary. These will be subject to annual contribution limits and an aggregate lifetime limit of $35,000.

We’ve been warned of a looming retirement crisis for decades. The shift from pensions to self-directed plans like 401(k)’s transferred the responsibility from employers to employees. No longer will a team of professionals be working to ensure you get that pension check. Today, it’s entirely up to you to make that happen. 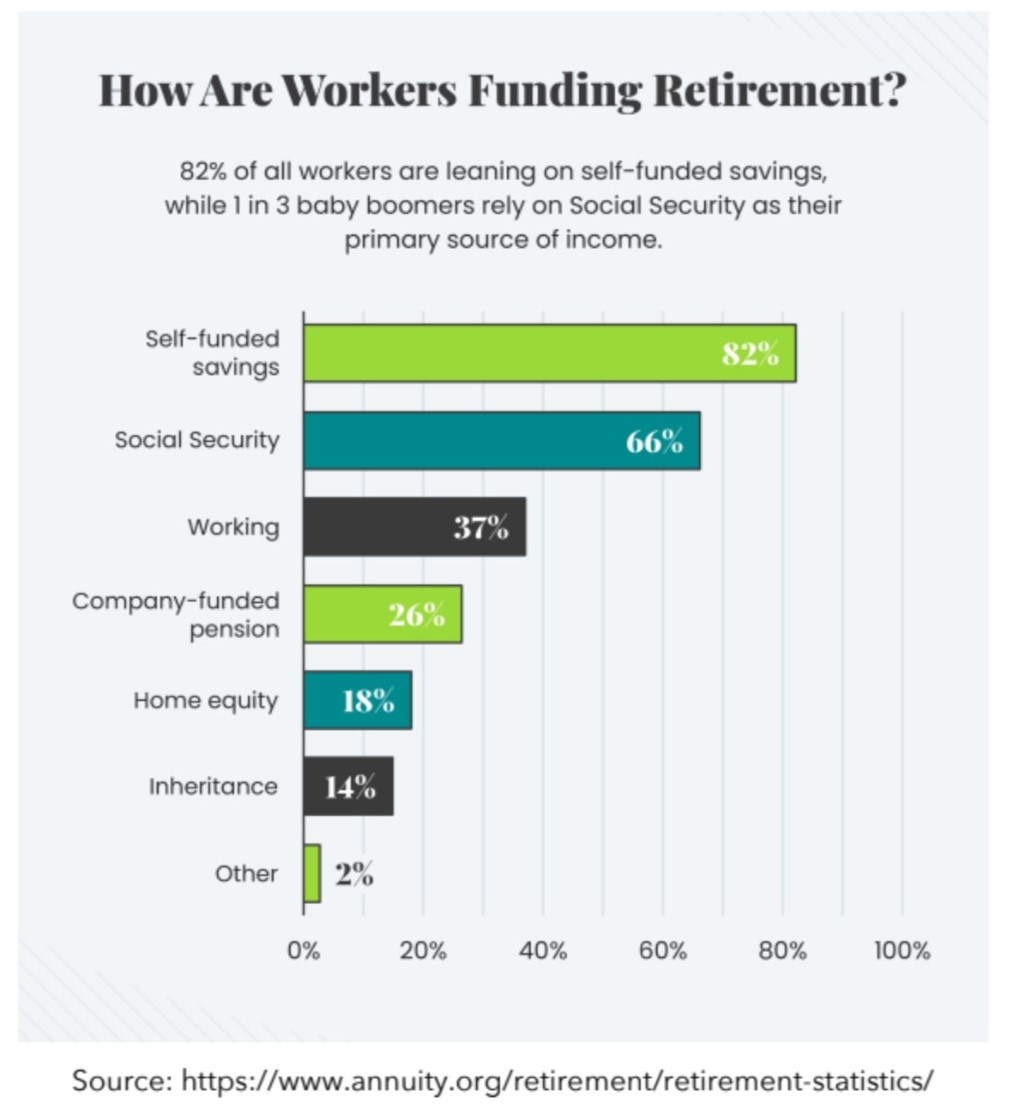 But the data indicate that it isn’t happening. Countless surveys point to the sad reality that a quarter of Americans have nothing at all saved for retirement3. About half of private-sector workers don’t have an employer-sponsored retirement plan, and many of those who do save very little. In 2019, Boston College estimated there was a $7.1 trillion retirement-savings shortfall among American households, with half facing a lower standard of living once they stop working4. 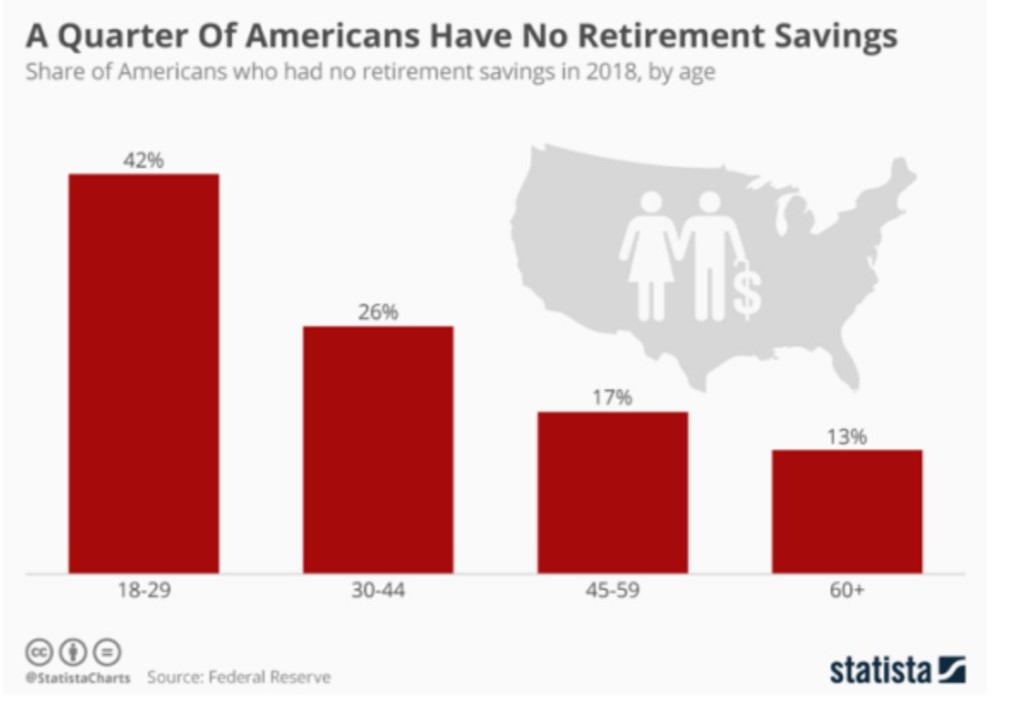 Not all hope is lost. Richard Thaler is a behavioral economist who won a Nobel Prize for his “nudge theory” developed back in 2008. This is based on the idea that a person’s environment can be altered such that it encourages them to change their behavior in a desired manner. These alterations are called “nudges,” and arguably the most significant contribution of nudge theory has been its impact on retirement savings.

For example, an employee may be aware of the benefits of a retirement plan, yet they rarely opt-in because of short-term thinking, laziness, or intimidation around investing. Thaler addressed this using a behavioral intervention called Save More TomorrowTM, which relied heavily on the notion of “opting out” rather than “opting in” (not-so-ironically one of the key changes in SECURE Act 2.0 discussed above).

This simple change (nudge) worked spectacularly well. Around 80% of the people enrolled in the program by default remained, and the average savings rate increased considerably from 3.5% to 13.6%5. Thaler attributed this success to raising the “cost” (in terms of effort) of leaving the plan. As in, the same effort that prevented employees from opting in had now kept them from opting out. Today, over 15 million more Americans are saving for retirement because of this program.

The bottom line is that SECURE Act 2.0 is not going to solve any retirement crisis on its own, but it’s got some nudges in it. Within this context, it’s a net positive for Americans and our country.